On 21st of this month Google officially released its major mobile algorithm update which favours sites with large text, easily clickable links and pages optimised to show up well on mobile devices.
More significantly it stated that websites which are not mobile friendly will get demoted down the listings.

Does this matter to you?

Firstly, its important to stress this will not affect your conventional desktop or tablet rankings – its just mobile rankings. The thing is for most sites mobile is an increasingly important access device. Mobile access is up this year by 10% to almost 60% on average and of course you can check your own figures through analytics. If you do this you will probably realise the importance of it. Incidentally its not just a ranking factor but a major ranking factor meaning that if your site is not mobile compliant it will get demoted in favour of compliant sites so it is important to put right.

You can easily check your site at this link…. Mobile Friendly Test 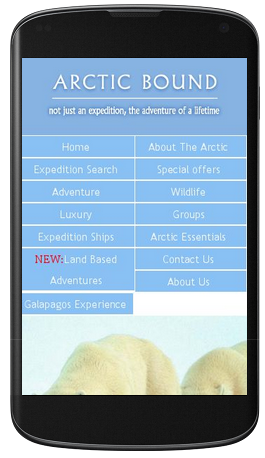 The best solution if you have a problem is to make your site responsive. This means whatever device your sites is accessed by will be detected and the relevant size of site displayed. Its standard practice nowadays to make new sites responsive but if your isn’t its straightforward to put right through a simple redesign modification – drop me an email (jan@janklin.com) if you want us to look at it for you and give you an idea of effort/cost involved.

Interestingly its large sites/brands which seem to have the biggest problem with their very large, often complex sites – for example Ryanair, Versace and Nintendo all do not have mobile compliant sites. The smaller your site the easier it is to put right.

The reason Google have done this is to ensure the user experience at sites is positive – and this brings page load times into the mix which is ultra important for mobile access– Google reckons that people abandon pages after 5 seconds and 46% don’t return. So its not just rankings that are important but the wider user experience which will be enhanced by an effective responsive site.
If you want to know more google have published a faqs page which can be accesses here…